The Regius Poem, or Halliwell Manuscript, is commonly referred to and generally accepted as the oldest Masonic document in existence today. It was the basis for James Orchard Halliwell’s 1840 book, The Early History of Freemasonry in England. The Regius Poem date’s back to 926 AD in York, England.

Interestingly, many pundits claim Halliwell was not a Mason, a point I take issue with.  I comfortably state this because I have read his book, The Early History of Freemasonry in England, and have analyzed his own written words, which clearly demonstrates he had knowledge of the Ancient Mysteries. He also actually claimed he was a member of the fraternity, when he wrote, “numbering himself a member of your fraternity.” Case in point, Halliwell wrote on page 5,

“So commences one of the ancient constitutions of Masonry; and can we be censured for opening our task in the same spirit? An institution which has incontrovertibly in its present form maintained a fair reputation for three centuries, is not likely to suggest any reflection worthy condemnation. Listen, then, ye mysterious sons of Adam, to the outpourings of one who has not the felicity of numbering himself a member of your fraternity, and who has never yet had a glance beyond the confines of your mighty arcana – ‘more wonderful Than that which by creation first brought forth Light out of darkness!'”

So what was Halliwell trying to convey in the above quote? Was he telling us he was not a member of the Craft? No, I believe he was actually confirming his knowledge of the Ancient Mysteries, and his dissatisfaction with not knowing more about it. I highlighted several words and underlined several idioms in the above quote to help make my point. This is a skill I learned while writing my upcoming book, Masonry and the Three Little Pigs (2016), which will be published next year.

Here is my allegorical breakdown from the above Halliwell quote:

1. The word we denotes his association with the Ancient Mysteries; “can we be censured… our… same spirit;” who would censure him in the same spirit, but the Craft and its membership.
2. The word our (same spirit) confirms and aligns with the word we.
3. The idiom mysterious sons of Adam denotes the Ancient Mysteries. The “sons of Adam” is a commonly applied Masonic term used by various Masonic Orders.
4. The word not is commonly defined as, “used as a function word to make negative a group of words or word.” As such, the word not is associated with the next word, which is felicity.
5. The word felicity is commonly defined as, “a state of happiness or the quality of joy;” Example of usage: “Sitting on the roof with a telescope and iced tea on a clear, starry night is one way to find perfect felicity — a happy place.” Therefore, Halliwell stated he was not in a happy place with something.
6. The idiom numbering himself a member of your fraternity denotes Halliwell said he counted himself a member of the fraternity.
7. The idiom, never yet had a glance beyond, denotes Helliwell had not looked beyond the Craft, rather he only looked within it, for only a member and student of the Craft could look within.
8. The word yet is commonly defined as, “thus far.”
9. The idiom confines of your mighty arcana denotes a powerful secret. The word arcana is commonly defined as, “a supposed great secret of nature that the alchemists sought to discover.” The use of the word arcana (alchemistic term) by Halliwell is an obvious link to the Ancient Mysteries, and confirms and aligns the previously stated allegorically links that he was a Mason.
10. Also, he used the word your in the above quote, which is commonly defined as, “relating to or belonging to you; made or done by you.” The usage of the word your does not mean he was not a member of the Craft, especially when taken with the whole idiom, “confines of your mighty arcana,” which means the confines of Masonry’s (your) mighty secrets of nature (arcana). In short, the secrets of nature belonged to Masonry (your), not to any person, not even a Mason or Halliwell himself. Or in the idiom, “numbering himself a member of your fraternity,” which denotes a Masonic (your) fraternity; again, this confirms his membership in the fraternity.
11. And finally, if it were not for the sub-sentence, “to the outpourings of one who has not the felicity of ,” there would be no confusion as to Halliwell’s membership in the Craft. Yet before you jump to any conclusion, lets define the word “outpourings,” which can be defined as, “a passionate or exaggerated outburst; effusion,” and the word “effusion” is defined as, “an unrestrained outpouring in speech or words.” Thus, Halliwell was telling us he had a outpouring of words about not being in a happy place with regard to the Craft. Simply stated, just because he was not happy about something within the Craft, or even his Masonic book, does not mean he was not a member of the fraternity. 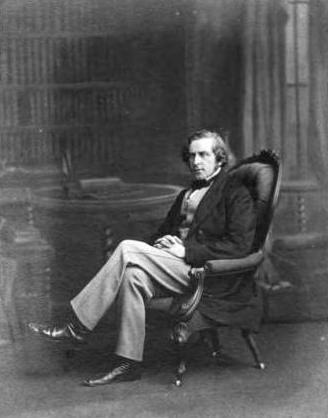 Therefore, Halliwell was telling the reader that he was a member of the Craft (we, our), and he was trying to convey a message to his Brothers when he stated the Masonic term, “sons of Adam” (mysterious sons of Adam), a term only an educated and high ranking Mason would know. Furthermore, he mentioned he was not completely satisfied, or not in a happy place (not, felicity), with his progression and or participation in the Craft  (numbering himself a member of your fraternity), and attained level of spiritual knowledge or Gnosis (confines of your mighty arcana) thus far (yet). As such, Halliwell did not look beyond the confines of the Craft, which meant he was a student within the Craft (your). In short, he was telling us that his book, The Early History of Freemasonry in England, was proof of his efforts at attaining further Enlightenment, even though he felt it held certain limitations.

I honestly believe several pundits have used the above quote to say Halliwell was not a member of the Craft. And to be fair, if one looks at the above quote without allegorically researching and defining several key Masonic words, I can see how most people would come to the same conclusion. 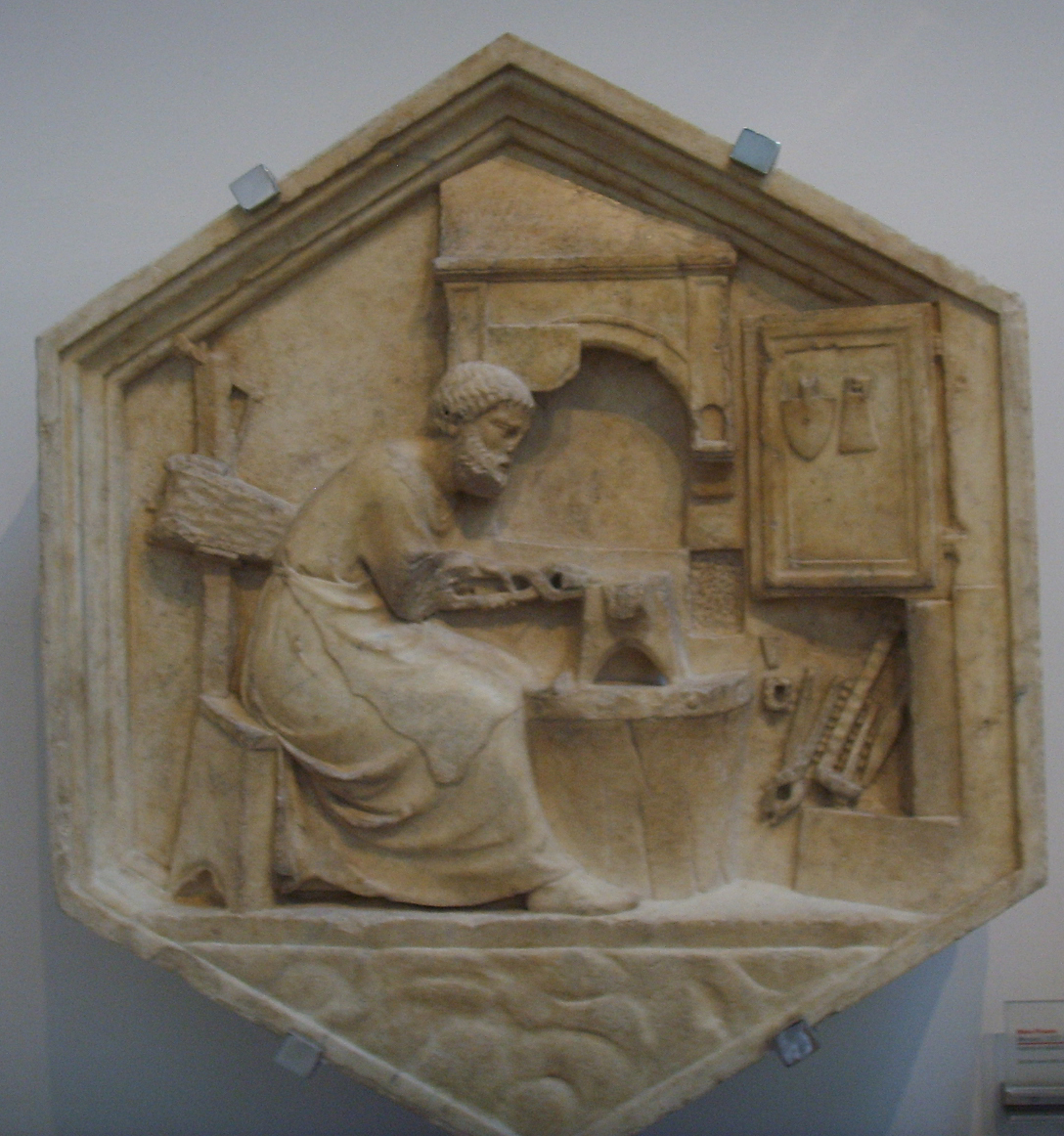 Yet, there is more, much much more. You see, Halliwell was known as an English Shakespearean scholar, which means he wrote in an obtuse manner, reminiscent of 16th century English playwright’s and poets. This makes interpreting his writings all the more difficult for most people.

Here are but a few other points, from his book, that I would like to point out:

1. “Jabal was the inventor of Geometry, and the first to build houses of stone and timber” (p. 6). Jabal was the half-brother of Tubal-cain, which as most Masons know are important words used within the Craft; and Geometry is another obvious link. This is further proof that Halliwell was a student of the Ancient Mysteries.
2. “Hermes, the son of Shem, was the fortunate discoverer of one of them” (p. 7). Hermes, as most informed students of the Craft already know, is Hiram Abiff, the central figure in Blue Lodge Masonry.

This exercise could go on and on, but I think I have made my point ~ that is, Halliwell was a student of the Ancient Mysteries; just read his book, his own writings prove he was a Mason.

Therefore, I hope I have proven my point that James Orchard Halliwell was a member of the Craft, and had intimate knowledge of the Ancient Mysteries, thereby making him a Mason of an unknown Order. Why else would he publish the Regius Poem and the Story of the Three Little Pigs, both of which are Masonic. Only a Mason would go to such lengths.